Get a fast quote

Flexibility and functionality you won’t be able to live without 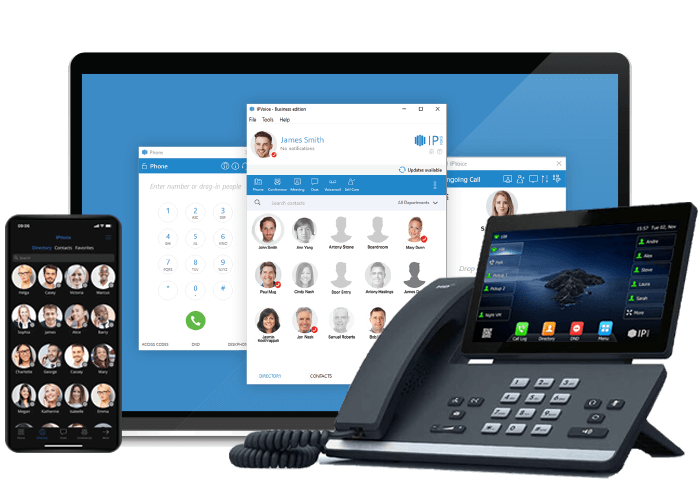 Because iPECS Cloud is designed to scale it suits all sizes of business whether you have a single home office or multiple locations around the globe. With on-demand features and same-day provisioning you can add users or remove users quickly and easily.

With our advanced feature packs you can completely tailor the user’s experience and provide a call centre solution, reception console and much more with a simple click.

How will you benefit?

It is now easy to transfer calls, see who is available to answer, set calling groups and personalise or change your greetings with VoIP.

Functionality and settings accessible from your phone screen or PC!

Advanced VoIP telephony features will give the impression of a large business regardless of your size.

Work from anywhere and enjoy the same features as if you or one of your staff members are working from the office.

No maintenance or programming costs with VoIP.

Features for your business

Auto-Attendant (or automated attendant): This is a term commonly used in telephony to describe a voice menu that allows callers to be transferred to an extension without going through a operator or receptionist.

Music on hold: Used to upload audio files from your web browser and then divide the files into various Music on Hold Categories. You can select which category to use for particular calls in the Inbound Routes, Outbound Routes, Ring Groups, and Queues.

Voice Messaging: Once upon a time, voicemail was an optional add-on. Today it’s table stakes. You can forward voicemail messages to your email as attachments.

Automatic Call Distribution: This is responsible for accepting, holding or queuing, delivering, and reporting telephone calls in a high volume.

Hunt groups: This refers to a group of extensions that are organised to process specific calls. The program will “hunt” for the next available agent within in a specified extension group.

Video Calling Phone: Hold conversations via IP videophones or Video app. This is not only with your nearest colleagues, but also with those working remotely as well.

Presence: From your desk phone you can see who’s available, already on a call, holding or has a call ringing. Make sure callers reach the best contact quickly and eliminate calls going to voicemail.

What Is VoIP?VoIP stands for Voice Over Internet Protocol, and is a way of sending telephone calls using the internet rather than only standard phone lines. Essentially, it allows you to take advantage of the technological advantages presented by the internet.Remember, the telephone was invented several hundred years ago and hasn’t changed in massive ways since it’s invention. VoIP incorporates internet technology into phone calls with a IP phone.

How Does It Work?

Standard telephone calls are made using audio analog signals. When you make a phone call from a standard landline, your voice is translated into an analog signal, sent over the telephone lines, and then received on the other end by the person holding the phone.

Because you’re using analog signals, the options are pretty limited in terms of what you can do with those signals. You can hear them, record them on an answering machine…and that’s about it.

VoIP takes the audio signal of your voice and translates it into digital packets. Then it sends those packets over the internet to the phone on the other end. If you are calling another IP phone, it will receive the digital packets and you’ll hear the person’s voice.

If you’re calling calling a standard phone, the digital packets will travel some distance over the internet, then get translated back into an audio signal by something called a PTSN gateway. It’s the translator between your VoIP system and the phone lines.

Why Is VoIP Superior To Standard?

Many people wonder what’s so special about VoIP. After all, isn’t it just another way to make phone calls? Why do they need some sort of newfangled technology when the old one has worked just fine for a few hundreds years?

It’s a fair question. It can be hard to understand why you would want to replace something that already works fine.
But there are some very significant advantages.

VoIP costs far less than standard phone lines. Depending on your business and the system you choose, you may not need to invest in any new hardware at all. In this case, you’re only going to be paying for your internet, without additional costs on top of that.

If you do choose to purchase a specific VoIP phone system plan and system, your monthly charges will probably be less than a standard phone system. You probably won’t need to sign a contract that will keep you tied to a particular system for a long time, which then allows you to switch if a better option comes along.

If you have employees scattered across the country or world, you’re going to save a ton of money on long distance calls. Since you don’t need to use public phone lines, most of your IP calls will be free, even if you live on one side of the country and they live on the other side.

By sending voice data over the Internet, making a IP phone call becomes as cheap as sending an e-mail. For this reason, almost all VoIP providers offer unlimited nationwide calling, with no long distance fees or roaming charges. Moreover, international calls are made extremely cheaper. With VoIP, calls to friends and family overseas or across the border cost a fraction of what they used to using traditional telephony.

VoIP providers usually have a mobile app to accompany their system, allowing you to make calls from your phone or tablet using your data connection. This can save on cost, as well as give you the convenience of calling from whatever device you’re currently using. If you’re in a document on your tablet and want to place a call as well, you can do that.

Additionally, you can have your office phone and your mobile phone ring simultaneously, ensuring you don’t miss important calls when you’re out of the office. If you receive numerous high-priority calls, this can be a huge benefit.

VoIP is relatively easy and inexpensive to scale as you grow. Instead of investing in large sums of cash in expensive hardware, you can usually add an additional extension by plugging in a IP phone and adjusting a few of the software settings. It’s really that simple.

This is particularly helpful for those with limited technical know-how. If you move to a new office, you don’t need to have someone come to your building and run a new phone line. All that’s usually required is plugging your phone in. Your number stays the same, which means no need to send out emails telling people of your new number. If you travel a lot or regularly change workspaces, this is going to be a lifesaver.

IP phones with VoIP systems offer the same features as traditional phone lines: conference calling, voicemail, caller ID, etc. But they also offer some serious advanced options, like voicemail forwarding to your email, voicemail transcription, advanced forwarding rules and call screening, integration with office software, and a host of others.

Reliance On Your Network

If your internet service or your power goes out, you won’t be able to receive calls on your office phone. This may not be a problem if your VoIP provider reroutes your call to your mobile, but if you don’t want them routed to your mobile, you’re out of luck. The VoIP system relies on your network, which relies on power. If one of those fails, you can’t make office calls.

Most VoIP systems don’t offer emergency calling systems. Given the prevalence of mobile phones in offices, this may not be a problem, but if it is, you’ll need to maintain at least one traditional landline.

Considerations When Purchasing A VoIP System an IP phone handsets

First and foremost, you’ll want to evaluate the cost.

When evaluating the costs of a IP phone and system option, you want to weigh features against cost. You’ll also want to keep in mind the cost of scaling, as well as what features you really need in your business. If you don’t need complex features, don’t pay for them.

The standard features are those that come with every phone line. Those features may include:

Again, you want to determine what you really need. Do you need a virtual receptionist, or do you just like the idea? How often will you really need a mobile app? Do you need phone logs? It’s crucial to separate the essential from the luxuries.

VoIP and IP phones has some significant advantages over standard phone lines. They can increase the flexibility of your business while also significantly lowering costs. They do however, have some drawbacks.

Before purchasing a system and IP phones, take time to research your options. Search the internet for user reviews. Poll your employees to see which features they would appreciate the most.

By doing these things, you’ll have all the knowledge you need to make an informed decision.

“Sean, as always he has gone far and beyond, I would be more than happy to speak to Sean again about any future faults, it’s got to the point we might as well be friends.”

“Tristan is the most helpful young man I have dealt with in a long, long time and he is an asset to the Company.”

“5G are a fantastic company, from Sales to Tech Support but especially Sid in Engineering. Everyone works together and contacted me when they said they would.”

“Just a quick note to say what a fantastic job John & Anthony did for us on site in Newcastle. They were superb! Perhaps they can do Coatbridge for us in February as it is another relocation!”

“Your engineer John has been brilliant today; thank you.  We are optimistic that the replaced hardware/software will make all the difference – phones are ringing frequently now.”

“I would just like to say, your advice and support throughout has been very much appreciated by us all, but especially myself, so a very big thank you from me.”

Joanne Twomey, A Piece of Cake

“I’m impressed how Richard Smith works, how professional he is and when he came to our site, he knew exactly what he was doing. We’re due another site visit in 2 weeks and we would like to request that Richard comes back as he was so fantastic with us the first time!”

“John has been absolutely amazing; the staff in the store loved him and wanted to adopt him.
John is an asset to this company and you should do everything to keep him.”

“I have recently taken over dealing with the Telecoms invoices and I’ve had a lot of issues with BT and Talk Talk. If it wasn’t for that wee boy Jon, I would have pulled my hair out! He would keep me updated every step of the way, he went above and beyond and he was a wee gem.”

“Please thank Nichole for all of her help, she is the best asset 5G have.”

“The service from 5G is great and if there is a problem it is always resolved quickly. Sarah from accounts is very helpful and a credit to your company!”